After unveiling the Tata Curvv Concept, Tata Motors is gearing up to launch the upcoming Tata Nexon EV model. The launch is expected to take place on 20th April, and we have a lot of expectations from it including a bigger battery pack, more range and lots of other features.

As per rumors suggesting, the Tata Nexon EV upcoming model is a long-range model, and it is going to offer a bigger 40 kWh battery pack.

The most important update about the Tata Nexon EV upcoming model is that it will be a larger 40kWh battery pack. It is a significant increase of 30 percent from the existing model, that is having a battery pack of 30.2kWh. Tata Nexon will modify the upcoming model’s floor plan and the boot space for a more extensive battery pack accommodation.

The more powered battery pack gives the vehicle more range benefit and better customer satisfaction. The existing EV model has an ARAI-claimed range of 312km, whereas the Tata Nexon EV upcoming model is expected to have a range of 400 km on the test cycle. Hence, 300-320 km can be scheduled on a single charge.

The Nexon EV model is expected to come with a more powerful charger, and it is likely to get a 6.6kWh AC charger. The current model comes with a 3.3kWh charger, and it took around 10 hours to charge the battery fully.

Continue Reading Insurance on antique cars: Top 7 Companies you can consider for your vintage car

BMW e36 Modified: 7 Coolest Modifications you can do to Your BMW E36 M3 The BMW E36 M3 is the fastest and surprisingly affordable sports car. In recent years, the BMW E36 M3 has emerged as one of the more sought-after BMW models among enthusiasts.  The E36 was an immediate success when it was introduced…

Continue Reading BMW e36 Modified: 7 Coolest Modifications you can do to Your BMW E36 M3 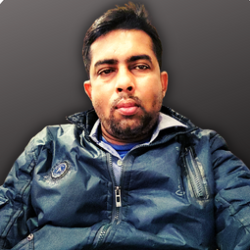